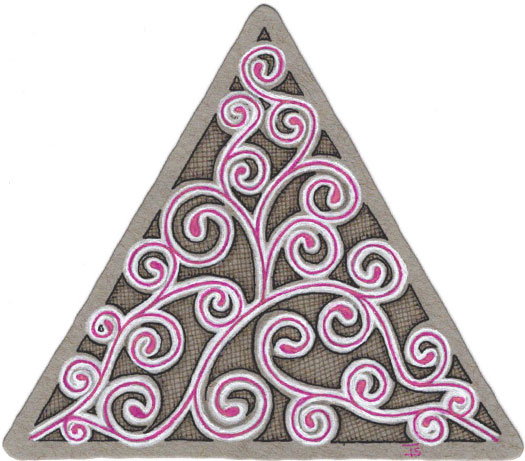 It an interesting thing about tangling. Sometimes, an idea doesn’t come out anything like you imagined it would. But it’s still interesting. Just different.

This is the first time I’ve tried this paper. It is fairly stiff and thick, and the surface doesn’t absorb and spread the ink like I thought it would.

It’s also a darker grey than I would have liked. But the darker color makes the pink ink pop!

I would normally use Tipple to fill in the spaces, but I decided to use a hatching pattern that looks a bit like netting. I think it added a lace-like appearance to the piece.