One day last week, my husband was anxious about a package that was being delivered. His concern was that it would be by the front door on Halloween eve. And we were not going to be home.

As it turned out, it was put into the mail box and everything was fine!

In the package was this glass pen, which he bought for me as a gift. He got it from The Goulet Pen Company. This pen is a Herbin Large Spiral Glass Dip Pen in the Royal Blue color.

This is the label on the bottom of the box. 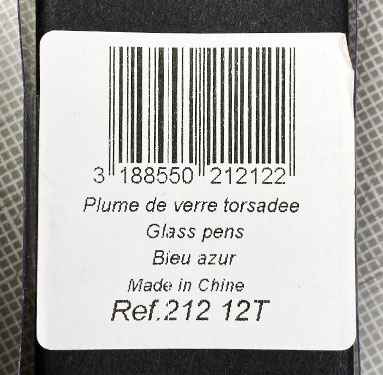 And here is the writing on the side.

When I opened it, the pen felt “dirty”, which is normal. If you purchase one, be sure to wipe it off or rinse it under running water and then dry it before the first use. Initially, it will have some residual grit on it from the manufacturing process.

I decided to try it out, just using water, on my ZenBoard. 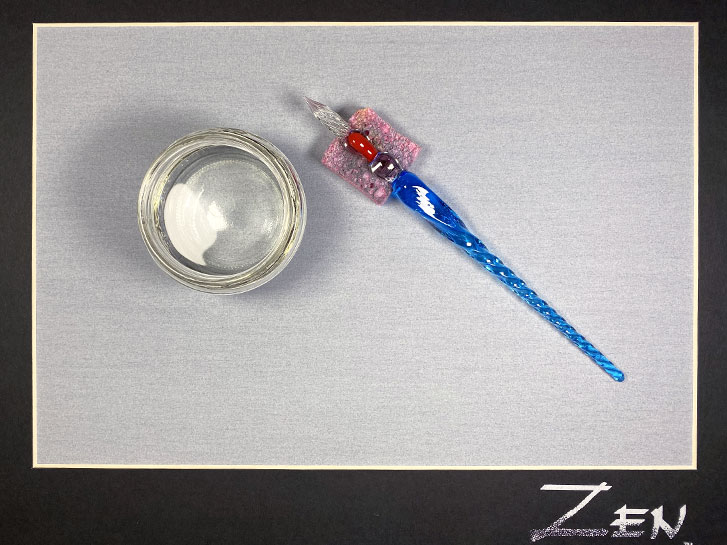 I have to say, the results were less than satisfactory. The tip was very rough and it took some work to figure out how to draw with it. You have to hold the pen at more of an angle than I am used to. And it didn’t work well in some spots. I had to rotate it quite a bit to find a workable point. 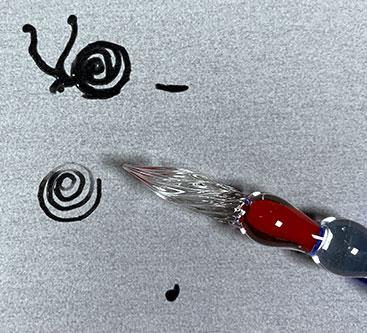 Then I got out some green ink and tried it on a piece of Strathmore Bristol Vellum. I also tried a few other dip pens for comparison. 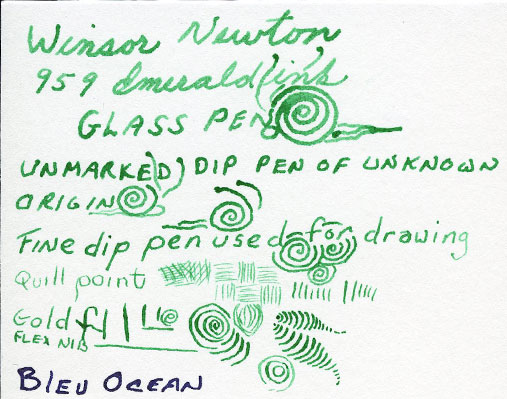 As you can see, the dip pen was kind of primitive and created the thickest lines.

After some research and watching this video, I need to find my fine-grit sandpaper and try polishing the tip to see if I get better results. I will let you know in a future post!