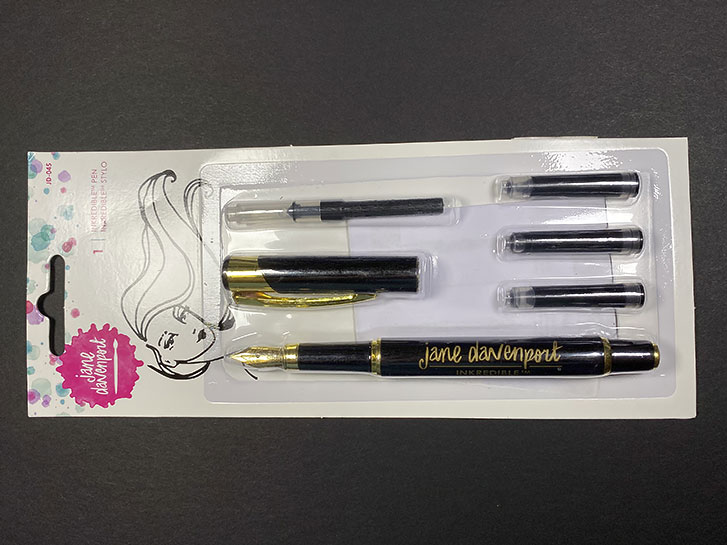 Sometimes, what you’re looking for is right under your nose… and you don’t see it!

I’ve had this Jane Davenport fountain pen for a while now. It’s an inexpensive workhorse that I don’t worry about trying things with.

It comes with three ink cartridges, and a “converter” that you can fill with any fountain pen ink you wish. You use the converter instead of a cartridge.

Recently, along with a glass pen, my husband purchased two shimmer ink samplers from The Goulet Pen Company. One is a set of Jacques Herbin and the other is Robert Oster. I want to play with these for calligraphy and creating some interesting tangling effects.

This type of ink can clog up a fine nib fairly easily. I didn’t want to fill one of my more expensive pens with it. So I thought the JD pen would be just right.

I took out the pen, and I did some preliminary testing by just dipping the pen in an ink sample and drawing with it. It worked perfectly! So I decided to fill the converter with it.

After cleaning the nib, I went in search of the part I needed in the place where I keep all things related to fountain pens.

I ended up searching for a day and a half! I’m pretty organized. Actually, some of my friends might even tell you I’m obsessive about organization!

I ended up opening every, single drawer in both studios! Twice! I looked in every cupboard. I checked and rechecked all of the pen boxes. I finally bought a NEW, identical pen on Sunday afternoon!

Then I found it. I found the original converter. 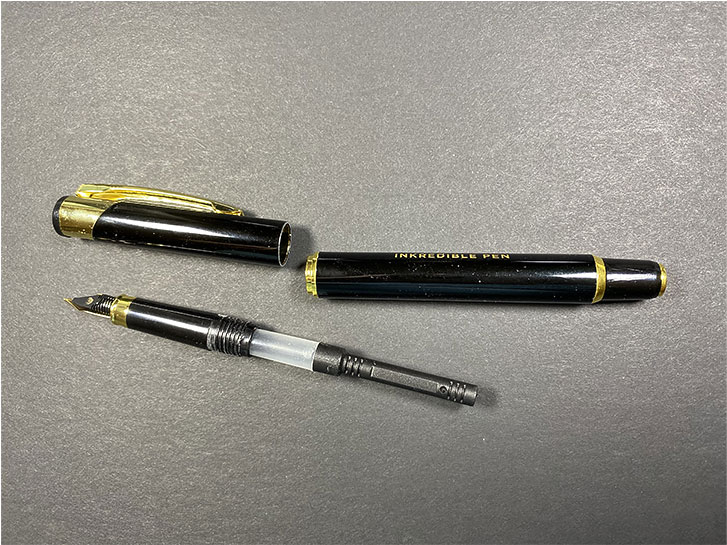 Yep. I opened the pen to put in the converter from the new set and…

…there it was. Inside the pen the whole time.

Sometimes, what you’re looking for is right under your nose…